Dreams of the Cult 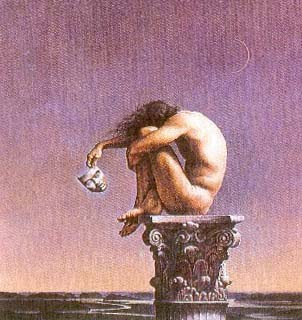 I came across the above photo as I was surfing the internet yesterday. I immediately thought it was a good reflection of when I was back in the cult of YWAM (Youth With A Mission) Honolulu. Feeling naked (stripped of self esteem and of being an individual), alone & vulnerable & having to wear a mask of who they want you to be to survive.

Since I started this blog, announcing to the world of the spiritual abuse of YWAM Honolulu I had been having less frequent & less emotionally draining dreams of being back in the cult. Last night one re-surfaced. I dreamed of being back in my bedroom at YWAM Honolulu and one of the council members putting his desk where mine once was (There are no boundaries there. They simply do as they please if they are in power). As a result, I knew I had no place. I started walking to the main office, and in my mind thought that I was just killing time until I found a place to fit it in.

As I was walking towards the office, I remember seeing the base director & his wife. As I passed them, I told her that "I thought she kept looking younger rather than getting older". Once again, it was a reflection of what I thought they wanted to hear rather than the reality of life there.

I woke up feeling oppressive heaviness again, that often takes hours to lift.
Posted by Longe Hawaii at 12:00 PM