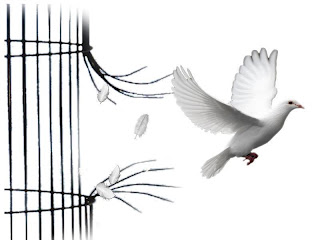 There is now a Facebook group I started, "Spiritual Abuse in YWAM". It is a private group, but anyone can join, as long as the reason is NOT to say how great YWAM is! There are currently 37 members who experienced abuse in YWAM from many bases around the world. If you are thinking of going into YWAM or are a victim of spiritual abuse due to YWAM, please join! Aloha, Joey UPDATE: As of 7 April, 2013, there are now 52 members!
Posted by Longe Hawaii at 9:55 PM

Joey,
I hate WYAM.I was a part of one in Indiana in the early 80's.It screwed up my life.I have never been the same.There are times when I have been successful,but the guilt crap drags me down again.I was on valium for a year with panic attacks.Before WYAM I had the usual anxiety everyone else has dealing with life.If I had to do it over again I would have gone to a Baptist or non-pentecostal church where people are normal and do not believe a bunch of extra garbage.I got saved in an assemblies of god church and a lot of people from that church ended up in WYAM. WYAM sucks!!! There needs to be a documentary done on this evil controlling cult!!!!

Joey,
What is sad is that in my zeal when I was young, instead of going to WYAM I could have attended Oral Roberts University.Even though I don't agree with everything they teach ,it is an environment where they build you up,encourage you.They teach that god is good,something good is going to happen to you.John and Joel Osteen both attended O.R.U.All YWAM does is tear dowm and attack your self-esteem.

Joey,
Type in YWAM survivors, my WYAM horror story, and you will find tons of angry ex-YWAM er testimonies.

Joey,
I believe the teaching in YWAM is pure BULLSHIT!!! It is not biblical. If you want to go borderline insane or all the way insane go attend a DTS.No mainline church believes any of this garbage taught in YWAM.I have PTSD because of this cult.WARNING!!! stay away from this toxic group.

Joey,
i know a gal in this area that has been friends with a family that has had 2 people go to YWAM, a brother and a sister.She says that "YWAM really messed up the sister" but she keeps going back.When she returns from a DTS she starts drinking like crazy. The brother was not so lucky he commited suicide right after he attended a DTS.

I left YWAM in mid 2017 and over a year later, I’m still struggling to just survive. I’ve struggled with suicide over the past year and have been diagnosed with PTSD. (No worries though, I no longer feel suicidal. I’m taking correct avenues now to get help with good medical professionals.)

I joined YWAM in very early 2014. Although raised in the church, I was a new believer and had just gotten out of a traumatic & toxic relationship. This was used greatly to my disadvantage by the horrendous abusers I met at my first “base” where I went for DTS.

There are so many stories of things that happened in almost 4 years under YWAM but I’ll only share a few examples of the abuse I only in the past year realized had happened.

At the first base, there was a staff member who had gotten ahold of our application files. He used that information to simultaneously target & pursue a handful of us women who had troubled backgrounds with men. Even when we brought this issue to the leadership, he was only removed from our school as a staff but allowed to remain on base. He began harrassing us each individually. He told his friends on base who were also staff, lies about us and they began to spread gossip about us amongst everyone living there. I heard crazy rumors about myself, not even close to true. After sharing my testimony in what should have been a safe environment, these staff took my story and began to twist it and made me a bad guy. In another situation, this guy who was harrassing me, had been told to stay away from me but found me & cornered me in a hallway late one evening and wouldn’t let me leave. I repeated over and over for him to let me go but he wouldn’t. An elder of the base (who knew that this guy was told to leave me alone) walked by and I was still telling him to let me go. The elder completely ignored the situation and continued walking by. It turns out, he was good friends with this guy, which to me explains why he did not intervene. I ended up finally breaking away from him and ran, but was hysterical and traumatized. Still, the base leaders did nothing. It was only weeks later that he was kicked off the base for stealing money from the office. Not because of his various harrassments to the multiple women he had traumatized.

In addition, we were told by our staff that we were no longer allowed to hang out with members of the opposite sex ever. We were even discouraged from doing it in groups, which did not fly with us as we had formed close friendships throughout the base with both guys & girls. One day, I had stopped in the middle of the afternoon to greet a male friend and suddenly a staff member of my school walked through, told me my conversation was over and grabbed me by the arm & with force removed me from the conversation.

I had decided despite my bad experience to return to the same country but another base after my DTS in hopes of finding a healthier atmosphere. I will give credit in saying the base I moved to was better but had some of its own issues with some individual leadership members.

However, I had a number of other abusive, humiliating & negative encounters during my time in YWAM. In some ways, I loved my time with YWAM. But I’m still a long way from recovered from the PTSD I have due to my time in missions with YWAM.

A few other situations I experienced were:
-putting work loads fully on single people without spouses or children (& misusing scripture to support it)
-spiritual & emotional manipulation & abuse from the leaders of the ministry I worked for (including gaslighting)
-a married base leader continually trying to hit on me when I gave him no reason to think I was interested
-base leaders who stole money from my outreach team when visiting their base
-base leader who worked us past exhaustion despite health concerns
-ministry leaders knowingly breaking local laws
-spiritual manipulation & in my opinion boarderline witchcraft- telling us to pray to force people out of buildings that leaders believed were meant for us
-a ministry leader telling us they had a spiritual gift to “feel” a stab in their back when anyone talked behind their back causing fear for members to voice concerns of abuse to others
-a school leader telling me I was “giving up and not following God’s will” that she said she knew for me (even though God showed me the opposite for me) when I decided not to go on outreach due to my immune system shutting down for several months before

This is just a sampling of the junk I dealt with with YWAM. I finally decided to leave after I had a nervous break down and couldn’t get out of bed for two days. My then abusive ministry leaders (& base elders) knew the entire time what was going on and they never came to see me or call/text to see if I was okay. Weeks later the wife came to talk to me. Her whole reason of coming to see me wasn’t out of love or care for me, but rather to make sure it wouldn’t happen again because if I ended up in hospital, I would be their burden to take care of. I quit the ministry, went to work for a non YWAM ministry and left the country a few months later, broken & hurting.

I highly recommend to anyone looking for a missions group to join or train through, find a reputable & trustworthy organization that is NOT YWAM.

Man, it seems like YWAM is losing touch with Faith and Reality, my DTS story is as follows:
I went to YWAM Orlando, I was sexually harassed when I told the guy to stop (BTW I’m a guy too). Then after that, the situation was handled was taken care of all the while I was told the typical YWAM rules. Then came India, we were told we would never go into the Hindu Temples, but we went in 5-6 Hindu Temples. REALLY dark places, but YWAM believes “God will protect us no matter where we go!” And when we went into the Hindu Temples we would “Pray that the Lord would reveal Christ in these Hindu Temples.” Since when does Christ reveal himself in Hindu Temples? More imparticular the Scriptures state that no man can ever build a Temple for the Lord as great as the Heavens themselves. Then being told stupid shit like “Jesus is a highly respected God in Hinduism.” Which is false and then being further told “Do NOT tell your Church organizations this or that or they won’t send anyone to our base again!” I had to receive prayer over the nightmares I’ve had around the holidays and just in general all due to YWAM’s sense of naivety. I’ve also had really strange hearings which were not of God and further more, been spiritually abused by 3 Christian groups not of YWAM. What screwed me over was my outreach team leader who lied to me: “you DONT need a Therapist after a mission’s trip!” So there you have it, after my DTS my reaction as independent as I am was “That’s it I liked some things about it, but didn’t like it as a whole.” So I left, so anyone out there who is really struggling with ANY sort of spiritual abuse YWAM or not, read Jeff VanVonderen’s work “The Subtle Power if Spirirual Abuse.” Or read any other of his works in regards to shame,blame or people who don’t belong in your life.