The Miracle of an Apology 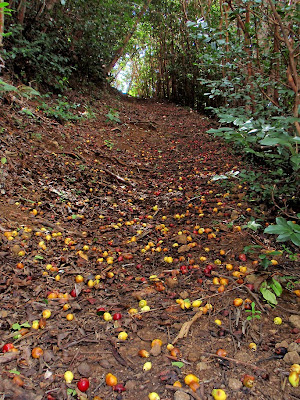 It has been 15 plus years since I left YWAM Honolulu.  I never even dared to dream I would get an apology after all of these years from the one who was the most abusive, but it came, just a few days ago:

"I know that this letter is long over due. I am sorry that it has taken me this long to address this issue. In reflection to our interaction on the base so many years ago I realize that I did not treat you the way you should have been treated. I did not value you and  your gifts as God would value these. I am truly sorry for the way I treated you and did not hold you as precious in the sight of God. I did realize that my leadership style was not the way that I should of lead. I did honestly not try to do you any disservice as we were in ywam. I do realize now that I did. I am truly very sorry for our interaction during our time together in Ywam. I hope that you can forgive me. I too want to grow in the Lord and be used as He would use me. If you would like to discuss specific issues that are troubling you I would be open to what ever you would like to discuss."

Here was my response:

I did not write back immediately, as I wanted some time to think & pray about what my response should be. I appreciate your apology. I believe it is sincere. I want you to know I have forgiven you many times over the last 15 plus years. I often prayed for you over the years as well. I prayed God would soften your heart & bless you and your family.

I could just say, “I forgive you” and leave it at that, but I think it trivializes the past 15+ years as to the affects of spiritual abuse in my life from my latter-years in YWAM. I feel I need to share the results of the abuse with you. This is not to “punish” or “make you feel bad”, but coming from an honest, broken heart. You were not the only one who was abusive. Some of the council members were abusive, simply by saying nothing.

Whether or not we are spiritually abused, we can do nothing to turn back the clock & make the affects go away, but how we deal with the abuse is our own responsibility.

I have been reading my journals the past few weeks, starting with 1970. I was afraid to read through the YWAM years, but felt I should face my demons with the hope that it would help bring continued healing. I had forgotten that at one time, we were friends. We went coffee picking on Tantalus & would sometimes go for coffee. I also remember bringing your wife some sugar-free chocolates from the chocolate shop I worked at when I heard she had diabetes. It made me wonder what went wrong.

It shocked me, when at the Healing for the Nations (HFTN) retreat, that the base paid over $1,000. to send me to, they actually told me that the leadership at YWAM Honolulu was dysfunctional. One woman in leadership there even laughed while I was there & said, “You don't realize how normal you are”. Being at HFTN made me feel safe in a Christian environment for the first time in my life. I could take the mask off I had had to wear at YWAM to survive & actually experienced unconditional love. This was the body of Christ as God intended. How I hated to leave.

After I got back to the base from the retreat, I was so excited at all God had shown me to share with the base leadership & others on base. Several weeks after I shared with the council members, one of them told me, “You know, all you shared after you got back from the retreat? They didn't buy it”.

My time in YWAM stripped me of all self-esteem and identity. When I left, after crying out to God for years for a way of escape, I felt spiritually & emotionally dead. I had one local pastor ask why I did not just leave years earlier. I told him that I did not feel I had the self-confidence to survive.

A few years after I had left YWAM, I started seeing a counselor to help me deal with my father's impending death from leukemia. I shared a lot of the stuff that went on at YWAM & he told me that “On a scale of 1 to 10, ten being the worst, the ordeal I suffered was an 11”.

It wasn't long after I got out, the nightmares of being back in YWAM began. I would have them 2-3 times a week, Some were so vivid, I would feel emotionally drained when I got up. They usually centered around me being back at the base & saying to myself, “After all I went through, after all I now know, how could I have been sucked back in to this cult”?

I also shared the same things with my doctor who is also an Orthodox priest. He told me that due to the affect my time in the group had on my life, I would probably always have those bad dreams.

To this day, the words “YWAM, missions, ministry and even church” give me a knot in my stomach. I was angry at God when I left YWAM for allowing a “Christian” environment to be so abusive. I tried to ask him, “Why Lord”, but there would be no response.

I felt the healing begin when I started speaking out at what happened during my years at YWAM. I started a blog I wrote about it in, but never mentioned names, as that was not my purpose. I started getting responses from people who came across my blog on the internet. Some thought it was awful I could speak against an organization “which was doing so much good”. I also started hearing from people who had been spiritually abused at YWAM Honolulu, as well as other bases around the world. I also heard from mothers who were concerned that their children were considering YWAM and came across my blog.

More than one person told me that after sharing several e-mails with them about my time in YWAM, the information helped keep their child from going to do a DTS & they found a ministry opportunity outside of YWAM. I began to start seeing that God best uses people in situations to minister to people who've been through a similar situation.

I also started a private Facebook group on YWAM Spiritual Abuse where people can share about their experiences with abuse in YWAM & how some of them have been able to experience healing since then. There are now over 20 members, many of whom were with the Honolulu base.

All this time, even now, I do not go to church, though I have my quiet times with the Lord. If God wants me to go to church, He can make it known in His perfect timing. I still associate “Christian” leadership with abuse, and will not put myself in that situation again. The Church after all is the body of Christ, not a physical building.

I have grown a lot in my walk with God since I left YWAM in 1995. Slowly, I have experienced healing & though I still have dreams about being back in YWAM, they do not have the affect on me they once did, nor are they as often.

I sometimes walk past the Honolulu base and pray that that which is of God would multiply and that which is not, will be destroyed.

A year ago at this time, I was battling prostate cancer. I had surgery & went through almost two months of daily radiation, except for weekends. I have told several people that as difficult as this time was in my life, what I went through in YWAM was much worse. The only worse event in my life was dealing with my father's death. During my treatment, I sensed God's presence & while waiting in the waiting room for my daily radiation, used that time to pray silently for other patients waiting for their turn at radiation and/or chemo.

When I told my mother I had cancer her response was, “Now is when you need a church family”. Immediately, I thought to myself, “Why would I want that?” I just associated church with abuse. It may seem strange seeing that my own father was a minister who lived during the week what he preached on Sundays.

I am the happiest now, I have ever been in my life. Not to mean I have “arrived”, or don't have a lot more growth & healing to take place, but I am at peace. I work on my art & photography of God's creation and try & go hiking at least twice a week if the weather cooperates. It is wonderful to talk with the Lord in His creation. I feel closest to Him there & spend time in praise and worship as I hike. I have lived 27 years in Hawai'i and am not in debt. I have much to be thankful for. It is important to focus on what we have to be thankful for and our blessings rather than what we don't have and the “what ifs”.

Back at the HFTN retreat, one of the women who was in leadership there who had a degree in psychology and art saw some samples of my work & told me “You should be doing your art full time. God gives us in life, the gifts He intends us to use. As you are doing your art, it is a form of worship, as you are being who God created you to be.” That was so freeing. I never felt my art work was “spiritual” in YWAM. I am now able to be the individual God created me to be. We are all individuals, not meant to be a carbon copy of someone else's vision or calling.

Our free-will is a precious gift from God, never to be taken from us or given to another person who tell us they are our spiritual authority. When I was in YWAM, I would sometimes hear, “Are YOU questioning MY authority”? Now, I would have the strength to say, “hell, ya'”! Humans are fallible. Only God isn't.

I do not know what God has in store for me, but can trust that even though I often don't understand why things happen as they do, God can make good out of evil and bring growth & healing from pain. He can also use that pain in giving hope & healing to others.

Thank you again for apologizing. I pray God continues to work in your life (and in mine) to make you the man he intended you to be, and that is one with more & more Christ-like attributes.