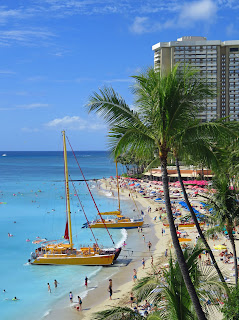 Whilst doing laundry this morning in the closest laundromat to YWAM Honolulu I saw a group of about 6 young people I was sure were from YWAM. It did not take long to hear one of them telling a woman they were indeed from YWAM and leaving in a day or two for outreach to India & Nepal.
After the woman walked away, I told her I overheard she was with YWAM. Her face beamed when she answered me in the positive. There was also a young man near her folding clothes. I asked if she had ever googled, "YWAM cult" or "YWAM abuse". Her perky smile quickly faded as she told me she had, but her experience has not been like that. I told her that I had been with YWAM Honolulu 12 years, but "by the time I left, I was spiritually & emotionally dead!" I also told her about starting this group & how there were members who'd experienced similar abuses from bases around the world and that a common theme seemed to be control by base leaders.
I told her & her friend (who turned out to be her new husband she had married just 3 weeks prior to their DTS) to realize that those in leadership positions on base or in the schools are no closer to God than they are and that they have a direct line to him. I also shared how I & others had several times heard leaders say, "God told me to tell you" and, "God told me". Again, I reminded them that they have a direct line to God & how leadership often says things like that as a form of manipulation to get them do as they want.
I said that I it had been several years since I was involved there so it may be better now, as I do not know of anyone at the Honolulu base that is still there when I was & I hoped that it was a healthy environment now. Of course, she assured me that it was a good environment where there was an attitude of servanthood now.
I asked if they still used Joy Dawson's principles to intercession, which they affirmed they did. I said that though the steps are not bad in themselves, but that we do not need to go through a formula or incantation to come to the throne of grace. I gave them examples of the ridiculousness of some of the things people would say they heard from the Lord when going around the prayer group. I also shared about the time I wanted to pray for Russia but was told I couldn't because we were to pray for the pacific & Asia which was the focus of the base. She told me that we should never be prevented from praying what we felt God had placed on our hearts & I agreed.
I told her that when they get back from DTS, not to let the leadership manipulate them to stay on base or school staff unless they felt it was from God & how in the past they have often tried to talk people out of getting a formal education because that was not needed in missions. I also reminded them that the University of the Nations is not accredited & it would do them no good to have a degree from there as most of the "professors" do not have more than a high school education. She seemed to know they are not accredited.
As I was about to leave she told me that God had already spoken to them to stay on after their DTS on base staff. She wants to work in hospitality & her husband in maintenance. They already have the money & were going to buy a home but decided to go into YWAM instead..... I told them that a lot of people who are in YWAM for years do not put anything into savings for when they get older & have nothing when they leave & that even though God calls us to depend on him, we are to be wise when it comes to finances. I told them that they do not realize now, how fast the decades will fly by (They looked no more than 20).
I asked if they had been to Chinatown in Honolulu (as it is an interesting place to go with good, cheap food). She told me, "Oh no, we haven't done any outreaches there & were told it was dangerous!"
I told them that they had it much better being married than having to share a room with 6 or 8 other people. I told them stories of the rat infested house I lived in on base & how we'd sweep the dirt & dust between the cracks in the floor to fall to the ground below.
I wished them well, that hoped that they would have a good outreach to India & Nepal & that they would remain healthy & to remember only to drink bottled water & not to eat anything from street venders unless they saw them cooking it fresh.
Our talk lasted at least 30 minutes & though we were all pleasant enough, I felt emotionally drained by the time I left. Hopefully, if they experience some of the things I brought up, they will remember my words of caution at that time. I hope our talk does not lead to a YWAM nightmare tonight! That was enough "ministry" for me today.
Posted by Longe Hawaii at 5:30 PM

It seems to me that you and that Roland fellow are the only contributors to this smear site. I attended a DTS 20 years ago and had a wonderful experience. Our small class of 12 prayed to deiced where to do our outreach, we prayed for the funds to get us there, we prayed as a small group of believers would.

Our leaders were flawed people just like me trying to understand God's plan for our own lives. You're experience is your own and I understand we all take away different things from different encounters, however, you are outright covering 50 years of beautiful service to and for many thousands of individuals with your singular experience. And it seems you are pushing atheism on your websites. What could have happened to turn a 12 year servant of the Good News into such a hater and atheist?
Never were the leaders in any way shape or form abusive, spiritually and otherwise. Each base is run by different peoples with different notions of how things should run. I've never been to Honolulu, which I've always assumed was a very busy and disciplined base due to it's size and flagship status or whatever you call it.

Just a couple of questions:

How often do you use that laundry, the "one closest to the YWAM base?" Might this be a regular thing? A chance to hate on some young believer? A chance to be heard by a stranger and walk away feeling dominant? What is the spirit behind all your bluster? Who is it that you are really acting out at?

I am sorry your experience was so damaging but let's be real here. You are a disgruntled ex employee cursing across the internet like a child. Fomenting can be cathartic, but maybe it's time to seek healing rather than continue to scream about your wounds.

YWAM has done a lot of good for a lot of people.

May you find solace and rest.


Dear Anonymous (why not use your name?),

You obviously did not read my blog or you would have seen I am still a beleiver in Christ & you would have also read what happened to make my claims of abuse.

I noticed how you pointed out how different people run the bases with different notions of how it should be run. Not to be confused with being run by the same Holy Spirit.

Where did you get that I am an atheist. Now that I am free from the spiritual & emotional abuse of YWAM I can truly live as Christ intended & be FREE in Him.

You would have also read, had you read all of my YWAM posts that I realize there are some good people in YWAM & perhaps even a healthy base, though I do not know where it is.

It is so easy to spout off at one you know nothing about. I will continue to share the Good News of Jesus and the BAD news of YWAM!