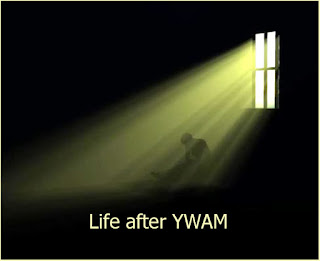 YWAM tells students that they don't need to go to university after their DTS, as they won't return to YWAM if they get an education. YWAM creates the cycle of perpetual poverty & rarely helps one who's served for years when they have basic needs (Such as using a base car to get to a doctor's appointment).

For the most part, the only people in YWAM who can make it an actual career, buy a house, et cetera are those few charismatic leaders who can profit off having their airfares paid & get a "love offering" to speak at YWAM bases all over the world or have written books & other evangelism materials that they can sell mostly to other YWAMers.


When I first went on base staff at YWAM Honolulu, they wanted us to pay $150. a month but let us pay what we felt we could afford each month so I paid $50. a month. Later, it was a higher, set amount. If you could not pay, "that was God's way of showing you that you should no longer stay there." Also, if you could not pay the full amount, it would carry over to the next month until you were burdened with a large bill for the "privilege" of volunteering to work for them. If you left & had not paid off what you owed, they would send reminder letters until you did!

When one stays in YWAM for years they have nothing to show for it career wise or financially. It is a dead end. If they stay for decades, they usually have nothing put away for retirement. All the while, they will be told that God supplies & will take care of all of their needs. God also gave us a mind & free will. By the time many leave YWAM they are in poverty financially, emotionally & worst of all spiritually.
Posted by Longe Hawaii at 11:28 AM

I was on staff 4 years in Kona and 6 months in England. After a successful career as an engineer but only a 'nominal' christian I retired in '03. A friend in ministry had a teenager who had a great adventure in the 'Kings Kids' part of YWAM and traveled to Mongolia with his team in the 90s. I've always loved to travel so the YWAM spin was very appealing to me as a way to serve God in retirement. I bought it hook, line and sinker. Fast forward to 2012 when my wife and I finally left Kona. I had no idea how our lives in that environment had pulled us apart emotionally and damaged each of us spiritually.
In 2014 my wife of 44 years walked out and we were divorced in June of that year. I'm still processing this stuff.... but one thing for sure is the power of blame and shame that is just below the surface in the staff and leaders in Kona. My ex-wife still thinks it was 'God's will' for us to be involved and has blamed me for the breakup.... Truth be told, we were both pretty messed up. I've discovered that God's grace really is sufficient even for this. I'm still lonely, but the whole mess has forced me to press into God for my healing.... you guessed it, I had to spend a lot of time in the toilet of self pity before my healing began. After 4 years alone, part of what I see is that YWAM is a distilled version of a lot of toxic stuff in the American church. This may sound strange, but I'm now being blessed by serving as a volunteer at a small YWAM base on the mainland. I guard my prerogatives carefully now, and will never commit to being on staff again. I believe the larger bases are the most abusive because they are really institutions rather than christian fellowships. Smaller fellowships, in any situation, are more like families.... and are therefor more able to express the true love, acceptance and forgiveness of Christ. That kind of experience can actually bring healing to people rather than the abuse that so many have found in YWAM. An excellent book on the dangers of ALL man made institutions is "Dr. Frankenstein and World Systems" by Bob Mumford.