From Religion to Relationship 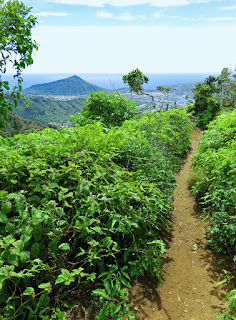 I think the abuse and false doctrines in YWAM were the catalyst that helped purge me of a lot of the religion & led me into a deeper relationship with God.
Now when I pray, read the Bible or listen to Christian teachings on YouTube, it is because I want to rather than what is forced upon me. I remember how spiritually dead those times of intercession were when the clock seemed to stop.
Now, I spend more than an hour in prayer on my hikes and enjoy doing it.
Back in YWAM, when we were told we must pray for Muslims, my heart wasn't into it (not that I didn't care about Muslims). Since then, I have made several Muslim friends and pray for them as well on my hikes.
I don't think God was impressed with those dead intercessions when a lot of the people there would have rather been elsewhere as their minds wandered. I think on those mandatory fast days, Jesus would have been with those who would sneak off to McDonald's as well rather than fast with the pious.
Once, the base director made intercession optional- until he was the ONLY person that showed up for it, so he made it mandatory again.
My relationship with the Lord is based on his love & grace, not the law that YWAM tried to impose on the people.
Posted by Longe Hawaii at 1:14 PM