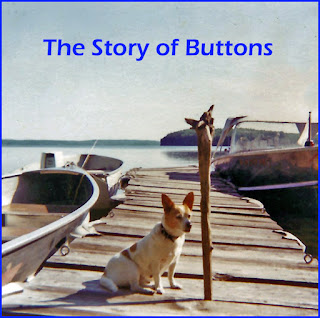 When I was about 10, my parents had a birthday party for me. Several children came & brought presents. After the party, I gathered up all the gifts, gave them to my older brother Tom & said, “Here, I don't want this junk! I want a puppy!”. It wasn't long after that that my parents relented & bought our first family dog, Buttons.

Buttons was a friendly dog & would even smile when you would talk to her. We had a postman that would carry his bag of mail with him & give Buttons a ride in his bag around the block. Buttons likes the postman & would smile and sneeze when she would see him coming, happy to see him.

One day, there was a new postman. Buttons smiled as usual, but the new postman took it as a snarl or threat & kicked Buttons. Buttons would never trust a postman again & would bark & get agitated if she saw one, or even a mail truck.

I believe that most of the victims of abuse in YWAM were like Buttons in the beginning of our YWAM experience. We looked upon the leaders as safe & approachable since they were in the “service of the Lord”!

When we were suddenly abused by one or more in leadership, it took away our faith & trust in leaders. For a lot of us, there may always be distrust when is comes to men & women who are in spiritual leadership positions.
Posted by Longe Hawaii at 12:22 PM